Sometimes I get a strong compulsion to pick up an craft project, usually with a craft I’ve either never done before or haven’t done in a while. My mind fills with single-minded determination and I can’t rest or think about anything else until the project is complete. It’s been a while since I’ve been struck by this very specific lightning bolt of inspiration, but it hit me yesterday, and so I had to make a papercraft shiba inu. 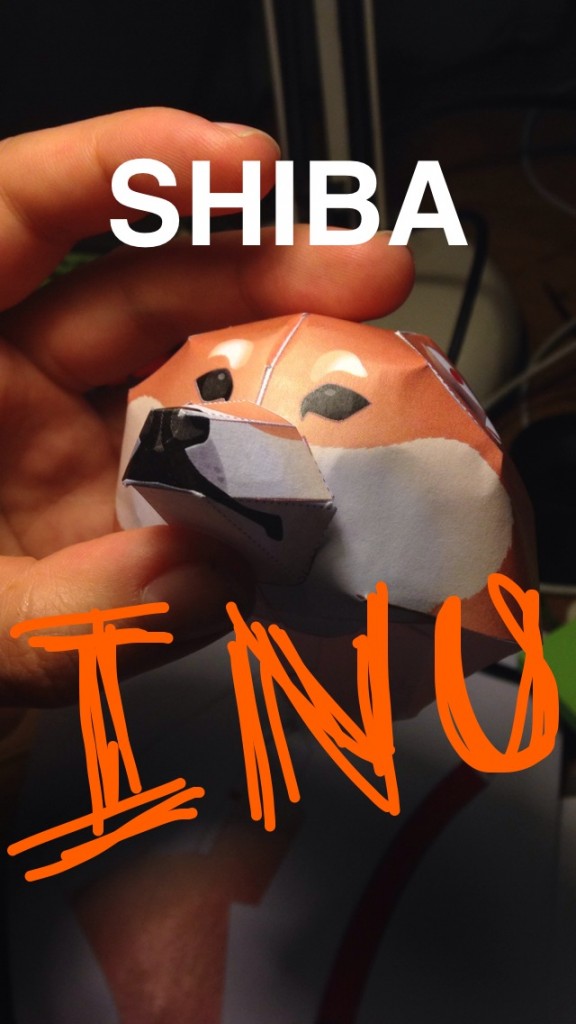 My Bestesty best friend loves shiba inu a lot. Unfortunately she can’t have one at the moment, because her lifestyle isn’t set up for a dog. She’s moving soon and I thought that a shiba inu drawing might be a nice housewarming present. But what’s better than a picture of a shiba inu? A model of a shiba inu.

I found this pattern on Canon’s papercraft site, which has a pretty intense collection of papercraft. It looked complicated, but by this point I was well into the obsessive need to make this thing, and didn’t want to let some paper defeat me. Before I knew it I was spending my afternoon making this little paper dog. 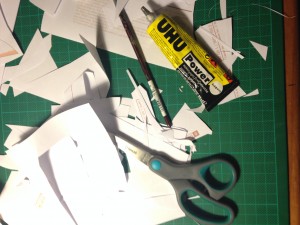 The cool thing about following really good instructions is that there’s almost no friction between you and the thing you want to get done. I wasn’t expecting this project to come together smoothly, I was expecting bumps and frustration, but there was surprisingly little of this. The biggest frustration was temporarily being unable to locate my Uhu glue. 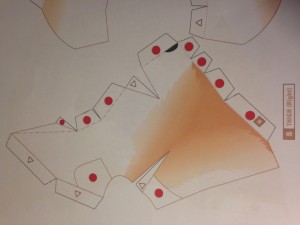 This example pattern piece shows the symbols. The red dots connect to a different pattern piece, the triangles  connect to the same piece. After assembling a few pieces I referred to the instructions only if a shape really didn’t make sense to me, otherwise I’d just plow on. It’s a pretty special feeling, to be able to steamroll ahead with something and face almost no resistance from your tools. With the restrictions we so often face with the web it’s not often we get to have or deliver an experience so free from issue, or one that helps the user feel this rewarded at the end.

Now I get to feel really smug about how I made some papercraft, when I was exceptionally crap at it as a kid. 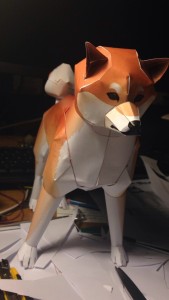 I’m glad I listened to the strange compulsion and took the time to make this dog. I wasn’t expecting to enjoy it so much, or to have as many UX feelings while I was putting it together, but that’s a part of the fun, I suppose! 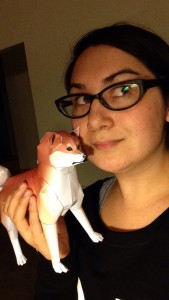 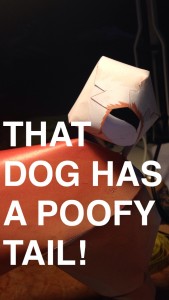 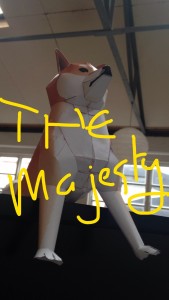 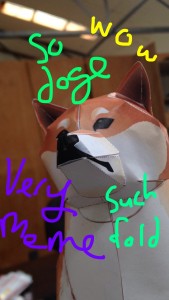 (I am really super stoked with how well he turned out.)